Almost 80% of Lesbian, Gay, Bisexual, Transgender, Intersex & Queer (LGBTIQ+) Australians say they are at times the victim of hurtful language. In fact, in the last 12 months LGBTIQ+ people were still called seriously hurtful and homophobic words.

During the 2020 Sydney Gay and Lesbian Mardi Gras Festival, ANZ is taking a stand against hurtful language and has launched #LoveSpeech – a national campaign to educate Australians on the impact that hurtful language has on the LGBTIQ+ community.

Words do hurt. We need more #LoveSpeechClick to play video 01:14

As principal partner of Sydney Gay and Lesbian Mardi Gras, we’ve released a short film that highlights some of the deeply negative effects that hurtful language has on the LGBTIQ+ community. Warning, this film contains confronting language.

Research shows that 74% of the Australian LGBTIQ+ community believe hurtful language directed at members of their community is a major issue today. Despite this, only 41% of 'straight' Australians believe it’s an issue.

ANZ has launched this campaign to raise awareness of hurtful language and to promote more #LoveSpeech online and offline, so everyone can embrace their authentic selves.

Here are the facts

of Australia’s LGBTIQ+ community have been called a derogatory word in the past 12 months.

of non-LGBTIQ+ Australians admit they have used the phrase 'That's so gay' at some point, and only 15% knew it could be offensive. Once installed, the Hurt Blocker Chrome Extension transforms hurtful words displayed in live text into fun-loving emojis when you're browsing (in Chrome) on your desktop, and also allows you to add words or phrases that are hurtful to you.

Add the Extension to Chrome 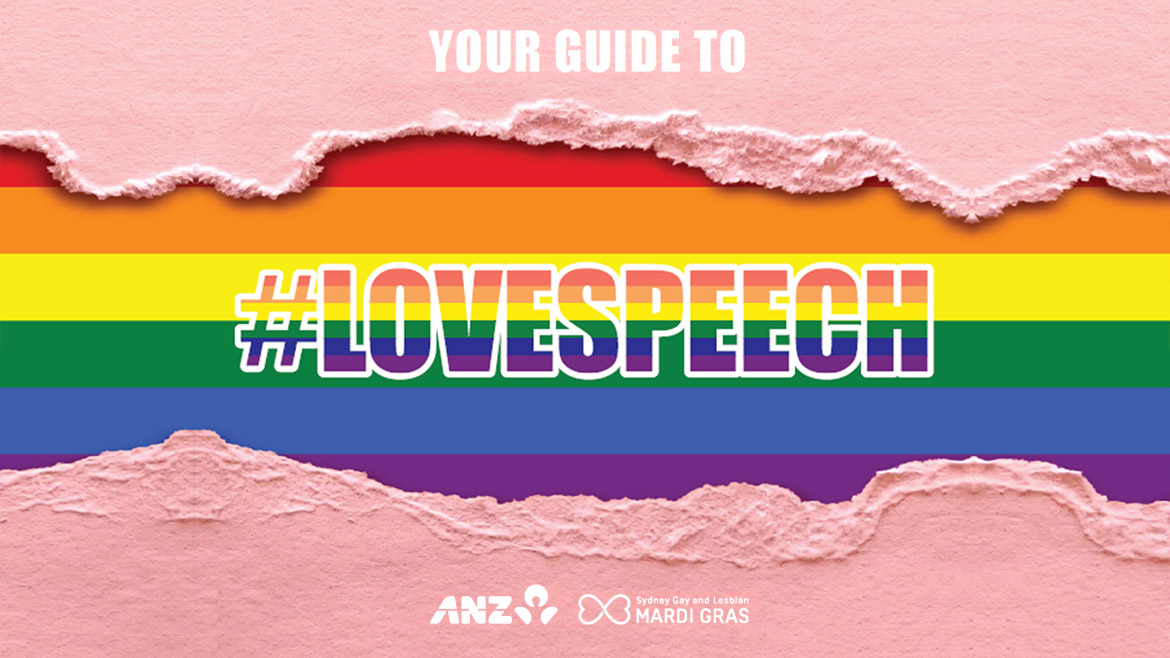 Your Guide to #LoveSpeech

We’ve created a resource for people to educate and inform themselves on appropriate language within the LGBTIQ+ community. 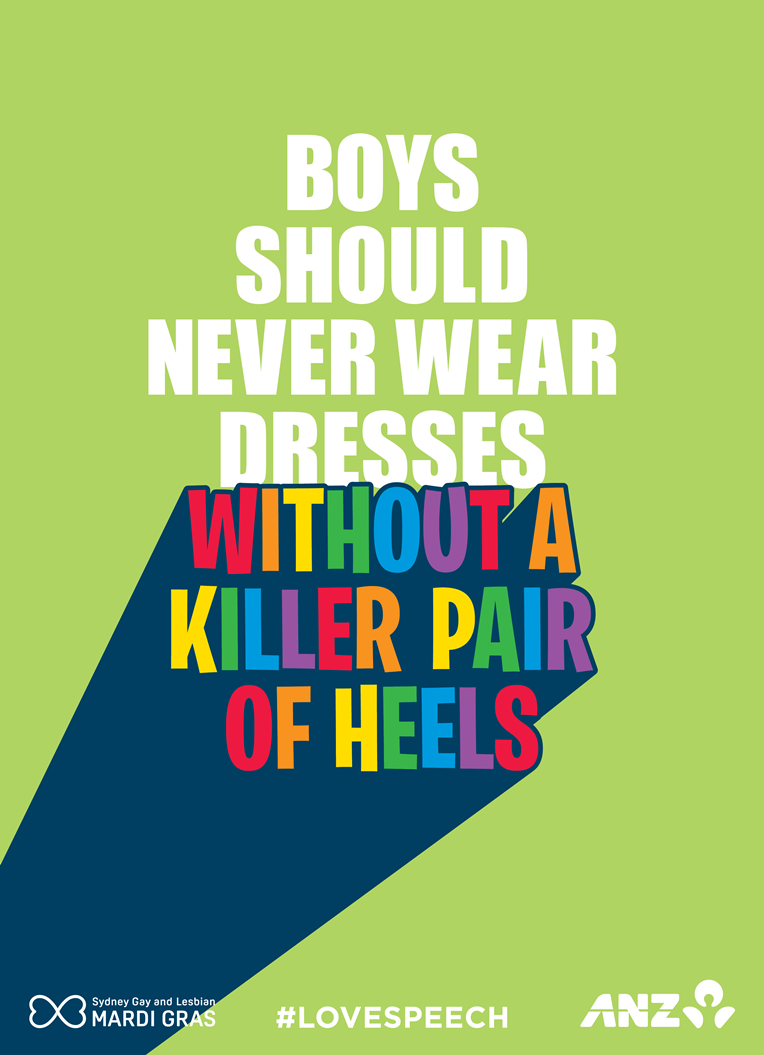 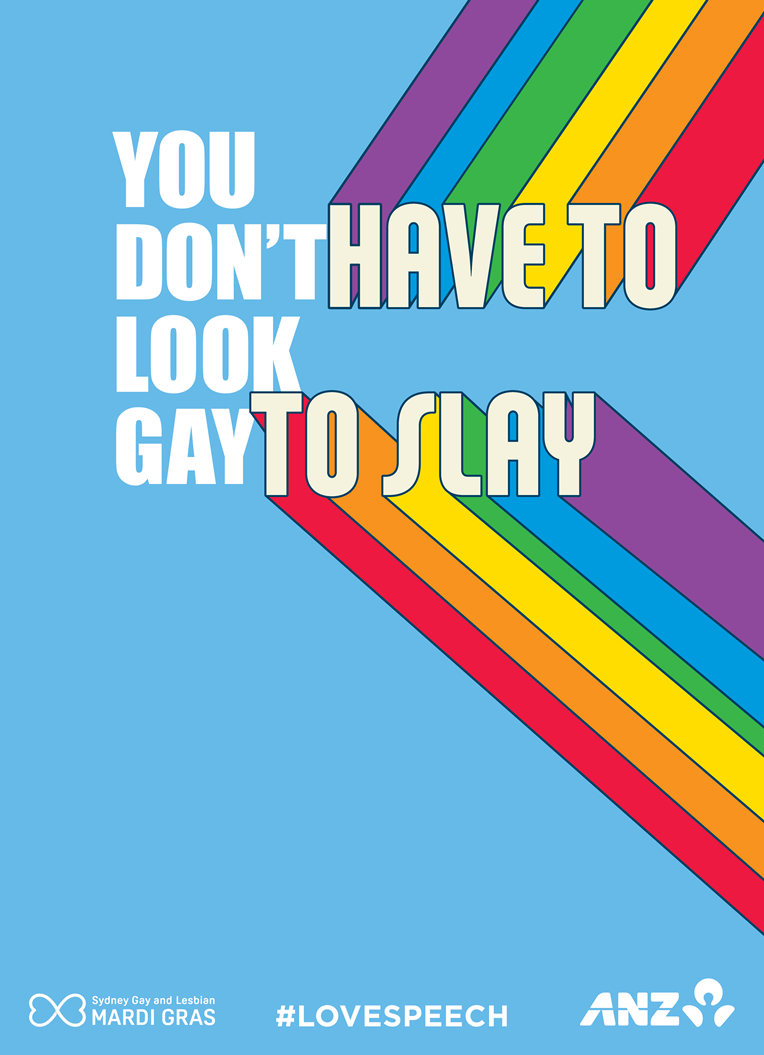 ANZ is Principal Partner of Sydney Gay and Lesbian Mardi Gras and has been a major sponsor since 2007. ANZ Pride will be marching again in this year's Parade, so look out for our fabulous staff and family dancing their way up Oxford Street.

Pride has been in place since 2007 and aims to be a contact point and support mechanism for LGBTIQ+ people as well as heterosexual and cisgender allies.

In partnership with Sydney Gay and Lesbian Mardi Gras, we are proud to extend our support and offer community grants to not-for-profit organisations, charities and individuals to help support local LGBTIQ+ communities.