How to stop your grandchildren destroying family wealth

Only 15 per cent of family businesses survive into the fourth generation: Byron Smith explains how they do it.

The basic recipe for a healthy family business is to maintain family unity while growing assets, carefully managing lifestyle expenditures, and having the right talent in important roles.

The reverse of those behaviours – disunity, shrinking assets, unrestrained spending, and unsuitable talent – are the most powerful forces that destroy family businesses, bringing down the vast majority by the time they’re in the hands of the second and third generation.

That is a clear trend according to researcher John Davis, who leads the family enterprise programs at the Sloan School of Management at the Massachusetts Institute of Technology, and is a world authority on family business, family wealth and family offices. Davis studies, teaches, advises, and writes about family business, and has since the 1970s.

“Families that become successful within three generations will probably lose that success unless they diligently follow the formula that we now know leads to multigenerational longevity. Otherwise, a family is likely to make its wealth and then lose its wealth,” Davis said.

“Family businesses perform better [than non-family businesses] but only 30 per cent survive to the third generation with the original family still in ownership – only 15 per cent make it into the fourth generation. Most end in failure or are sold off.”

Why families lose their wealth

Why do the heirs of successful business owners oversee the demise of the business and evaporation of family wealth?

It starts with the second generation who get wealthy from the profits of the family’s already successful operating company. For two-thirds of these companies this is when wealth starts to slide gradually; for one fifth it will end in a crash, with Davis warning that “wealth can fall like a rock”.

“There are a number of reasons for the fast decline of wealth which we see in 20 per cent of families: economic depressions, disaster, disruption (making their product obsolete). Also, there are ‘big, bad bets’, with someone wanting to prove their business brilliance and betting on a venture, but they’re misinformed … and families are terrible at pulling the plug on bad investments, so they’ll often double down on bad bets.”

But it’s the third generation that can really make a mess of things. And that is acknowledged across many cultures in oft-repeated sayings, such as Mexico’s “padre-bodeguero, hijo-millionario, nieto-pordiosero” (father-merchant, son-millionaire, grandson-beggar).

By the time the third generation takes over a family business, if the family is not on the right path, its return on assets decline just as the family is getting bigger and their lifestyle needs are increasing. This leads to the family consuming its own assets.

“At the crest [when family wealth just starts to edge off its peak] you don’t really know it’s going down. When the decline in wealth gets serious someone should sound the alarm: ‘let’s change what we’re doing’. But families don’t change quickly or easily (well, some do and they grow, but that’s not often).

“So why doesn’t someone put on the brakes? Because families like homeostasis, the way things are. And if they can’t agree on what to do, they stay stuck on the downward trajectory. Families can fracture more as their wealth deteriorates, with some members demanding ‘give me my money’.”

Case study: fall of the Vanderbilts

A famous example of this cycle is the Vanderbilt family of the United States. Cornelius Vanderbilt founded a shipping company and built it to a fabulous level of wealth. His son, Billy Vanderbilt, moved the businesses into railroads, a move that massively increased the family’s fortune.

“By the third generation, the Vanderbilts continued building their wealth but were living lavishly, like royalty, building palace-sized mansions in New York City. They also spent a lot on philanthropy. In 20 years they spent $10 billion across the third and fourth generations. Spending is not in and of itself a poor decision as long as you grow your assets fast enough to keep up with the family’s spending. The Vanderbilts were not.”

A family business that was worth about $US13 billion (in current dollars) at its peak in 1900 had lost almost everything by 1960.

“Returns from the business fell as family consumption increased. The family was on a permanent holiday, and no one rang the alarm bell,” said Davis.

One dangerous flaw in family businesses is when the family is too focused on the company’s operations and not focused enough on trends in their industry and in adjacent industries. Davis has seen many examples of family businesses working toward operational excellence but losing site of the changing market they’re in.

Connected to this is a natural inclination of families to be traditionally minded in the product or service the business offers and where it’s located. Such businesses can put themselves at a serious disadvantage by taking too long to become aware of changing trends that are making their products obsolete or their place of manufacturing unaffordable.

“Families are historically very good at what they do, growing within their industry. But as a family business owner you’ve got to get better at looking outside your company and industry.”

Relatedly, families are often reluctant to address poor performance of business managers and employees. Sometimes this extends to the Chief Executive Officer of the business.

“CEOs today stay in office about five years, but in family businesses they stay for an average of 25 years. The longest tenure I’ve ever seen is 69 years. This CEO grew a conglomerate and retired at 95 because he died.”

The problem with a Chief Executive staying in office for so long is that markets are changing radically, requiring businesses to transform up to two to three times in a 25-year period. For one CEO to manage such transformations successfully over such a period is uncommon.

How families grow their wealth

According to Davis, the formula for growing your wealth over generations is three-fold:

Unity and talent in the family are essential

“Invest in unity consistently. You want a family and shareholder group that is united and creates value. Being united and aligned means you’re better off.”

Families stay in business when members are disciplined, united and contributing in some manner to the business – that’s how some European families have successfully passed their businesses onto the fourth to sixth generations, said Davis.

This emphasis on unity and talent must extend across three groups of people involved in the family business. These are the:

“You must pay attention to the development of unity and talent in all three groups. It’s a formula, a three-circle system. Different interests must be aligned, such as those of employees and family owners.”

When there is discord, there are differing visions and alternative expectations of how the business should operate. Then conflict can intensify between these groups, destabilising the business.

One effective way to build unity is to agree on what your family is fundamentally trying to accomplish, which Davis calls “your family mission”. Another technique is to put the right talent in the right roles, and use objective criteria and a fair, transparent process for selecting them. Develop the skills of key members (family and non-family) across the business, the board of directors, and in ownership.

“Develop people in your family for roles well suited to them. This will build unity and lead to trust, not to mention boost productivity.”

By focusing on talent development it will become clear that it’s essential to invite non-family members to join management, leadership, board, and advisory positions so people with the right skills are in the right places running the business and growing wealth.

“Growing families can easily consume the wealth being created, especially as company growth plateaus. You need people who know how to make money – hire them if your family can’t do it themselves.”

Davis studied the wealthiest families in the world over a generation to see how many grew their wealth or lost their wealth, and why. Of the 320 families on the Forbes wealthiest list in 1989, two thirds fell off the list by 2011. Of the 103 that remained, their net wealth compounded over those 30 years, growing approximately 6 per cent a year to double their assets every 10 years.

“[They stayed on the wealthiest list because] their wealth stayed in their operating companies. They didn’t sell and passively bank the assets. While their businesses may have changed over time, they still owned and operated the company. The returns of an operating company are better than wealth being put solely into passive investments.”

These families maintained successful operating companies for such a long period by making sure good leadership and good structures were in place, and by making sure the right resources were available so the business could focus on growth. They held on to the right talent and developed or brought in the talent they needed. And company and family unity was maintained, said Davis. 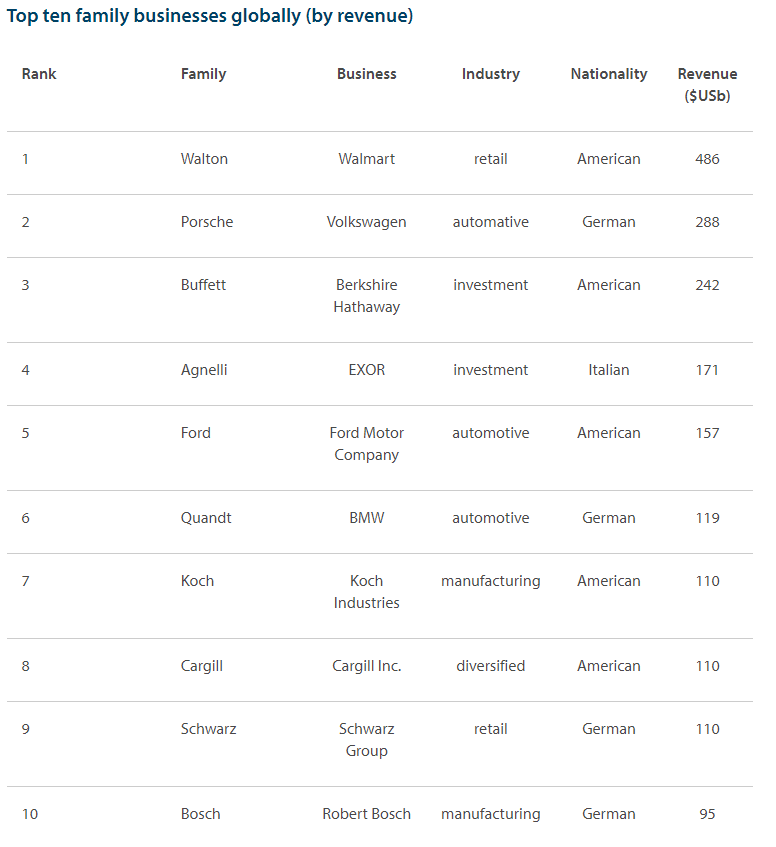 One outcome of following Davis’ formula and having such a structure and ethos to a company is that it will focus on growing, not consuming assets. This means the family prioritises value-creating activities and leaves value-destroying ones behind. In other words, they’ll accept transformation and change rather than resisting it.

To discuss what this insight could mean for you, talk to your ANZ Private Banker directly, or find out more and request a callback.

Helping your children buy a home

What to consider and ways you can assist children in buying their first home.