As the global economy slows, the sharemarket should be viewed with increasing caution, explains ANZ's chief investment office.

Sharemarkets have rebounded from their sharp drop in December, but investors shouldn’t be lulled into complacency by this upswing: the volatility we saw in 2018 is expected to continue this year.

Rising market values in January have made up for about half of the 20 per cent loss we saw late last year. It’s a nice start to the year, but ANZ’s chief investment office wants to be clear: we believe this will be a challenging year for investors.

There’s plenty of risk in the sharemarket because economic growth is slowing while pressure is increasing on wages and prices rise, especially in the US. This may in turn see the US Federal Reserve raise interest rates, which would further slow global economic growth.

(Not to mention other matters such as the US-China trade war, Brexit, China’s debt-laden slowing economy, and so on, which are already making investors nervous and markets twitchy.)

Sharemarkets are clearly quite sensitive to all these issues, and can respond with volatile swings to positive or negative news in these areas. This is what we have been seeing.

In response, governments and central banks are making effort to maintain growing economies.

It’s a similar story for Australia. Growth will likely slow but remain solid. Public spending, business investment and net exports should all contribute to keep growth around trend. However, wages growth is expected to remain weak with falling house prices in both Sydney and Melbourne adding to concerns. Despite these risks the government budget is in good shape. The Reserve Bank of Australia’s cash rate is likely to remain at 1.5 per cent for at least another year.

To be clear, while slowing, Australia and the global economy still has a solid outlook. The recent correction means it’s just returning to a ‘trend’ level after a couple of years of above-trend growth.

This also means the value of shares have literally been corrected – they are now fairly valued, not over valued, putting sharemarkets on a more sustainable footing, and giving investors more reasonable expectations of what returns can be expected this year.

This is all nicely balanced but the risks on the risks on the outlook are partly downward as we are now late in the investment cycle. We’ve been in an upward growth phase for about 10 years, and that is something that simply cannot last. There is always a cycle to investment market performance, and we’re due for a downswing. The question is, what form will it take? 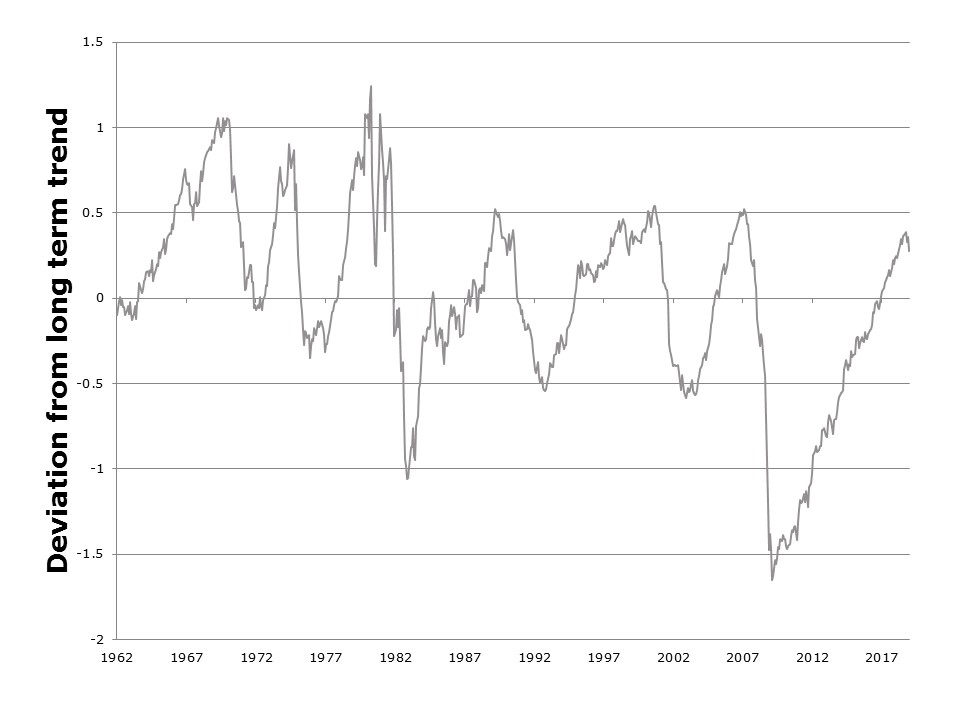 We predict three main forms that a downswing could take this year. While our base case suggests a market downturn, our two risk scenarios are not so rosy.

In summary, our view is cautious towards growth assets such as shares for the coming year. While share valuations have improved, our analysis shows that the global economy has slowed. All up, we expect returns to be below the average of recent years.

ANZ’s chief investment office outlines why we’re experiencing a sharemarket rally, the risks that investors are facing, and its own asset-class positions.

Risk and reward: how ANZ invests

We focus on the long-term but take full advantage of the short term. Here’s how ANZ Wealth’s chief investment office manages the bank’s investment portfolios.

In this, our annual look at the global market, investors take note: the double-digit sharemarket returns of 2017 will moderate this year, explains ANZ's chief investment office.