Diana's property and super plan is paying off

As a youngster, Diana Barnes’ parents impressed on her the importance of learning to fend for herself financially.

She took their advice to heart. At the end of her first decade as a full-time worker, the 32-year-old is paying off two houses and has turbocharged her retirement fund with thousands of dollars in additional contributions.

A development studies and sustainability graduate, Barnes worked in the mining industry and volunteered with Engineers Without Borders in Vietnam, prior to commencing her current role in the public sector.

After five lean years at university, Barnes began mapping out her financial future shortly after finishing her degree.

“I was told by my parents, multiple times, about the benefits of putting money into superannuation and not going into debt, unless it’s to buy property,” she says. “My mum has always been very much about, ‘you must be able to stand on your own two feet, you must have your own career and you must have the ability to look after yourself whatever happens’.

“So I recognised that if I put in extra, early in my career, there would be greater benefits down the track, rather than waiting until I’m 40 and trying to catch up.”

Barnes resolved to contribute 15 per cent of her income, including her compulsory employer contributions, into super from the start of her career.

For the bulk of the past nine years, she’s made additional contributions of between $180 and $250 a fortnight. This is called salary sacrifice, where people ask employers to pay extra super, taking the money from your pre-tax pay. For most people, this money is taxed at a maximum of 15 per cent, so it can be a tax-effective way to save (most people pay a lot more in income tax).

“I guess I was fortunate in that I got a reasonably high-paying job straight out of university and that gave me the ability to go, ‘well, do I really need that extra income?’. Right now, it’s probably not going to make any difference either way and my parents really drilled the importance of saving into me as a young kid."

“It’s not that much out of every pay and you don’t notice it if you put it straight in. Because it’s never in your pay, not in your pocket, you just work around it, budget-wise. And then it’s there growing for you and you can save and invest outside of super as well.”

Getting on the property ladder

And she has. Two years after starting her first job with a global mining operation, Barnes pulled together a $12,000 deposit for a house in Lithgow, two hours west of Sydney. Three years later she bought again, this time in Toowoomba, the regional centre on Queensland’s Darling Downs where she now lives and works. Both purchases were made without recourse to the ‘bank of mum and dad’.

“There are other options than just investing in the city or buying your dream house,” Barnes says. “My properties weren’t overly expensive but they give me a place to call home, something outside of super - my generation will probably be 80 by the time we retire! Meanwhile, I’m renting out my place in Lithgow and it’s paying itself off, which is nice.

“I like the fact that I’m building wealth both inside and outside of super and I don’t think it’s worth waiting because the earlier you start, the better.” 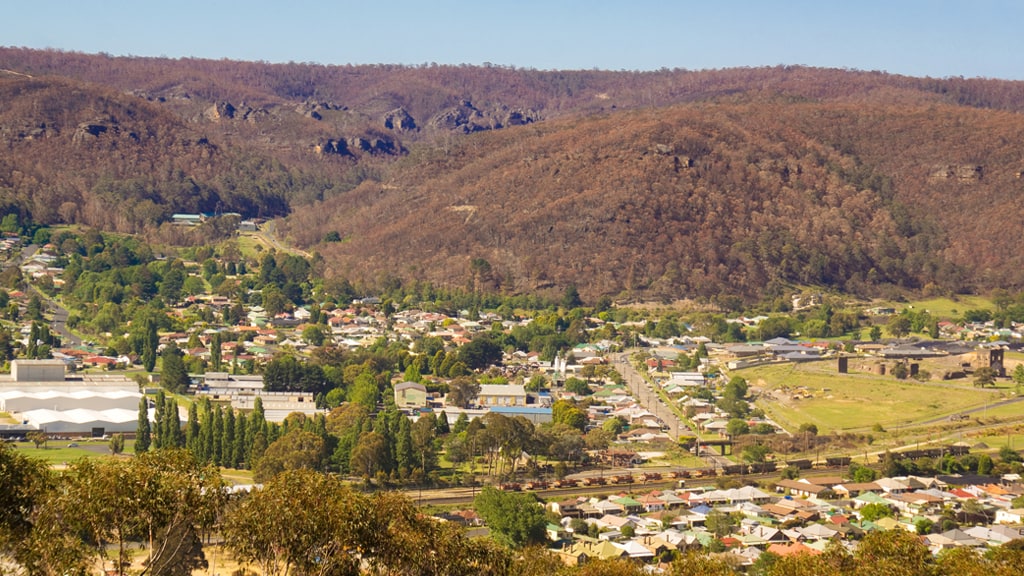 Part of Diana’s plan for a financially secure retirement is an investment property in Lithgow, NSW.

After eight years of putting away additional super contributions, Barnes is seeing the truth in Albert Einstein’s observation that ‘compound interest is the eighth wonder of the world’ – her super balance is growing significantly under its own steam.

“The thing I’ve noticed between last year and this year is the gains have been a lot larger than in the past,” she says.

“It’s generally said that after about seven years, compound interest really starts to make a difference and that’s what I’m seeing. Previously the extra would go in and I’d think it wasn’t really making a lot of difference. I guess it’s similar to when you’re paying off the interest on a home loan – the repayments don’t seem to make a dent initially but down the track, they really start to show.”

Don’t wait around for a partner

Does Barnes have any advice for other young men and women preparing to enter the world of work?

“Doing things early on, by yourself, is more important than waiting for the perfect relationship or someone else with money,” she says.

“I don’t think women of my generation expect someone to provide for them, but they might wait to get serious about their finances and that’s time they could use to save a deposit or grow their retirement savings.

“I’d encourage them to simply start by saving. While doing that, you have time to read many books which help you gain greater understanding and confidence and get better at recognising investment opportunities as they arise.

“You can start with a small amount and grow it from there.”

Ready to make a contribution?

To make a concessional (before-tax) contribution, speak to your employer about a salary sacrifice.

Explore how Superannuation can work for you

Chat to a financial adviser

Find out more about superannuation

How Sam is playing catch up with her superannuation

Learn about Sam Aldenton's commitment to her super and saving for a house so she can have financial freedom.

How John, 38, started early to secure a comfortable post-work life

Learn how Lauren took charge of her superannuation by rolling her super into one account, making extra contributions, and more.

ANZ does not represent or guarantee that access to ANZ Internet Banking or the ANZ App will be uninterrupted. Temporary service disruptions may occur. ANZ recommends that you read the ANZ App Terms and Conditions available at www.anz.com and consider if this service is appropriate to you prior to making a decision to acquire or use the ANZ App.