Talking about family aspirations may be daunting, but avoiding succession planning puts business, and family harmony, at risk.

At the back of many business-owners’ minds are unresolved questions such as “Is the next generation prepared to take on my family business?” and “Have I had the necessary discussions to prepare for a successful transition?”.

A September 2017 report by PwC Australia on intergenerational succession found 83 per cent of private and family businesses did not have a succession plan, despite employing more than 3 million Australians and contributing $600 billion to Australia’s gross domestic product.

Families that think ahead, hold frank discussions and start early on the process of succession planning can make the process smoother and less risky for their business and family.

The dilemma of family business-succession planning

“There’s often family issues that are nothing to do with the business but impact upon the decisions – maybe someone said something three years ago at a wedding,” West says.

“The other thing that happens is they can’t separate the difference between being a shareholder, a family member and an employee. Sometimes they’re all three things. It can be dynamic to manage that. Within the same group of people you’ve got almost conflicting biases and conflicting agendas as to what they want to get out of it.”

West sees a range of complex dilemmas – often created by family members avoiding difficult decisions or conversations. In one case a client’s business partner with dementia is still running the business, but the company doesn’t have enough cash to buy his stake and key personnel are unwilling to raise the issue for fear of offending the family.

Robert Powell, a partner in private advisory at Grant Thornton and a Family Business Australia adviser, says emotion can dominate the decisions of family businesses, in contrast to businesses owned by investors.

Talking about succession brings up deeply sensitive issues, such as the mortality of the incumbent generation, the question of which – if any – siblings will take over, and sometimes the hard reality that the business owner does not know what to do with themselves after stepping back.

But discussions about succession need to take place early, because that will ultimately lead to the best outcome for the business and the family.

“What I say is it’s like trying yoga for the first time,” Powell says. “If it doesn’t make you uncomfortable you’re probably doing it wrong.”

Those that avoid these difficult conversations will still face a need for business succession, but it will be imposed on them by a crisis, because they haven’t planned for it, Powell says.

“There will be someone who passes away, or someone will get sick, or there will be a relationship breakdown that triggers a transaction, or the business will go broke, or something else you didn’t plan for, and that will dictate how the succession operates,” Powell says. “It’s very difficult to make good decisions in a crisis situation.” 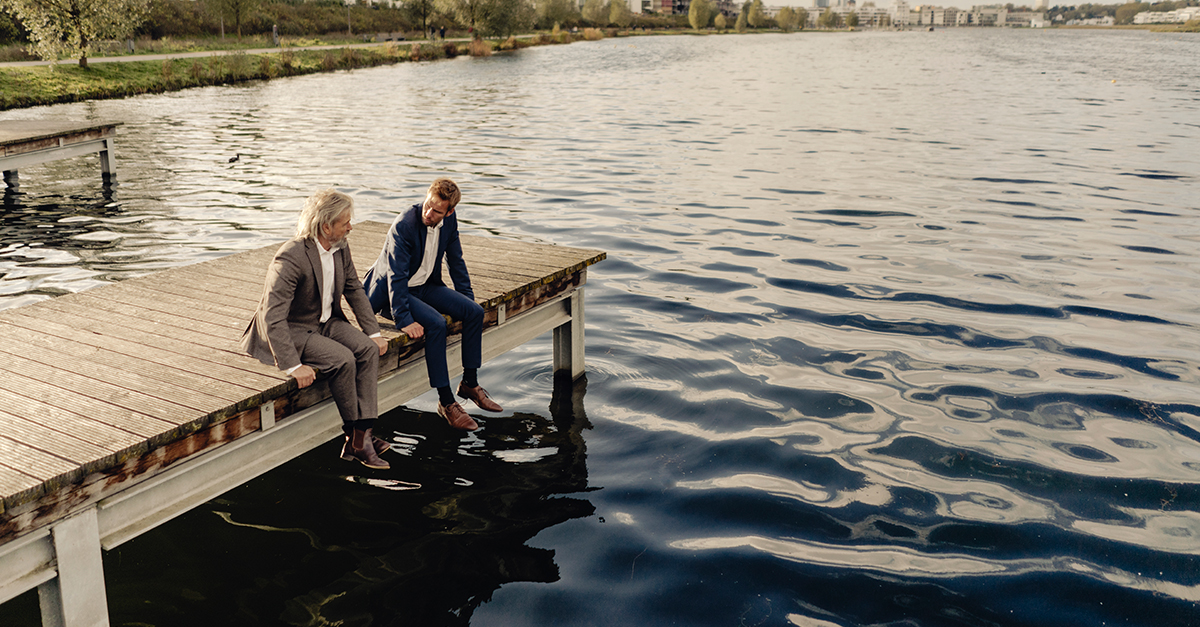 Start planning as early as possible

Succession planning does more than protect family relationships. It can increase the value of a business in a full or partial sale. When valuing a business, investors typically look at its forward earnings, and then apply a multiple based on how much risk they perceive the business to have.

Having processes documented, intellectual property recorded and key staff locked in – all of which are key elements of good succession planning – can bring the business closer to being a “turnkey” operation that new owners can step into and operate as part of a relatively smooth transition.

“An investor is going to pay a higher multiple for a turnkey operation as opposed to needing the previous owners to be around for a number of years,” Powell says. “But that doesn’t happen without preparation.”

Getting immediate and sometimes even extended family members on the same page is no simple task. Deciding on roles, stakes and timelines is a task requiring deft diplomacy, external expertise and, above all, time.

“We tend to say a good succession would take five to ten years to organise,” says Denise Kenyon-Rouvinez, director of the International Institute for Management Development’s Global Family Business Center.

The next generation can have a deep emotional investment in the family business, having grown up with it, helping out at various stages in their youth, and developing relationships with employees.

And this connection can be key for families to begin succession planning by talking to their children about career paths as they approach university. Some might choose a degree that fits in with business needs.

Your business structure can lead to good succession

While each having their own domain may seem advantageous, these siblings never need to resolve conflicts. That can be a problem as they may find themselves unable to pull together later down the track.

“Silos are often created by branches when you go down the generations,” Kenyon-Rouvinez says. “Silos in the ownership, silos in the business, we know that ultimately they will end up in physical division. And so one thing to do is really to see how can we break that, how can we mix people, mix staff and mix decisions.”

When younger family members start moving into more formal positions in the business, a good succession plan will set performance targets and conditions for progression, along with giving training and feedback to get them up to speed.

Ensuring the business is a meritocracy, and not based on nepotism, sets a high bar for professionalism and is an important part of talent retention.

Some family members will not take up managerial positions, but will sit on the board. Kenyon-Rouvinez says this requires a different set of skills, and these family members may need a professional-development plan so their contribution is valuable and justifies their position.

Even those that will simply be owners or shareholders should be well-versed about their responsibilities and how they can support the decisions of the business. Shareholder support can be a core strength of family businesses during economic downturns, Kenyon-Rouvinez says.

Managing tensions and competing aspirations is no simple task between family members with various responsibilities. Transparency of decision-making through honest dialogue that allows people to talk about their fears and emotions is likely to lead to a better outcome.

Powell says there are a number of ways families can nurture a safe environment where sound decisions can be made. A good place to start is to document shared values and common goals which can be a guiding light for difficult decisions. This can be the beginning of a sound family governance structure.

This can ultimately include a family charter which is put in writing and includes a shared vision for the future of the company, policies around qualifications and experience required for family members to be employed in the business, the process for appointing board directors and how to plan for business succession.

It may also include a family council which meets to discuss pressing issues and hires an independent chair to keep a check on the emotion in the room. Powell himself chairs some family council meetings.

“Having an independent professional person who knows what they are doing can help,” Powell says. “Some formality can be your friend in that situation.”

ANZ Private senior banker Paul Van Ross says everyone in the family needs to understand how they fit into the business narrative.

Frank discussions might reveal that owners are open-minded to enacting changes – or even selling the business. And younger generations may reveal they have no interest in taking over from their parents.

Detailed wills and estate planning are crucial in early succession planning. Van Ross says successful business owners can sometimes feel immortal before being proven otherwise, which can present a painful and divisive dilemma for the next generation.

Holding robust discussions like these may be daunting, but it is far easier to negotiate an outcome that leaves everyone satisfied when aspirations and expectations are widely understood.

More about life after business

5 ways to exit a business

Here are some considerations for five ways you can approach the task of exiting a business.

Six guiding points to pass on a business

Next generational planning? One requirement in handing a business to children is transparency.

Just talking about succession planning has never been an easy task for any business – but for family farms, the issue is particularly emotionally charged.